What Is The Best Time To Do Major Window Repair Or Replacement?

Doing window replacement is often a major undertaking, and is one that should therefore be planned for adequately. Some of the things that people are usually encouraged to figure out include the total cost of the project, so that they don’t end up running out of funds before it’s completed. The other is deciding when to do the replacement.

Of course, if you are replacing the windows on account of a problem such as an earthquake that shattered most of them, this is an urgency, so you might not have that much liberty in deciding when to do it. However, when doing the replacement on account of issues such as improving the aesthetic value of the home or for energy savings, choosing the best time to do the replacement can sometimes go a long way in reducing the stress associated with the project. Let’s review the different time periods during a year and see which one is suited for window repair and replacement:

Most people prefer doing window replacement during the spring, and most professionals also advocate for it. The major benefit of scheduling the replacement at this point is that since the temperatures are usually not in the extremes, the fact that some of the windows will not be in place will not have such a huge effect in making the home uncomfortable. It will not be sweltering hot or freezing. This means that you can continue inhabiting the home as the windows are being replaced.

However, the fact that this is the most popular time for window replacement means that it might be a bit difficult for you to get the type of labour needed to get it done. It would be wise to book a contractor in advance to avoid having to deal with this. If you have family members who suffer from allergies such as hay fever or allergies to pollen, having no windows can also put them at risk, since it means that they would be exposed to these allergens even when home.

On the surface, replacing the windows during the summer might also sound like a good idea, since it’s usually warm. Some contractors also prefer this type of weather for window replacement, since the days are longer and the weather is hot and dry which is perfect for such projects.

However, there are some parts of the world where the temperatures often rise to intolerable levels, and having no windows can make the home uncomfortable. If you happen to live in an area where there is usually a lot of dust due to the dryness, the lack of windows can also present challenges in terms of having all the dust settle in the interior of the home.

In most parts of the world, fall is characterized by slightly chiller weather as winter is approaching. It’s also usually very wet in most parts of the world as well. This might not make it seem like a good time to replace the windows, but simply choosing an experienced contractor to do it for you might make all the difference. High quality contractors would be in a good position to carry out such a project quickly and effectively, thus reducing your exposure to this type of weather.

This is usually considered to be the worst time to replace your windows on account of the cold you might be exposed to if the windows are not in place soon. However, there are a few good reasons why you might consider doing it at this time. For one, the fact that virtually no other customers would be replacing their windows at this time means that you will not need to commit to wait times with the contractor. It might even be possible to call a contractor and have them start the project the same day.

However, you need to be careful when doing the replacements at this time. Always insist on using the services of a contractor you are sure will carry out the project hastily but without any compromise in quality. If possible, they should even replace them within a day.

You could decide to ask the contractor to do the replacement when you are away on vacation. It is important that this be thought through, so as not to leave your home vulnerable. For instance, if the project is likely to take some time, you should try have someone staying in the home during the duration of the repairs so that the risk of burglary is mitigated.

As you can see, there are many pros and cons of replacing or repairing your windows during certain times of the year. The trick to getting it right is by identifying when you are most comfortable having it done, rather than simply following what other people usually do. For instance, if you are asthmatic or don’t want too much dust in your house, you could get it done during the fall or winter.

A member of ACMO 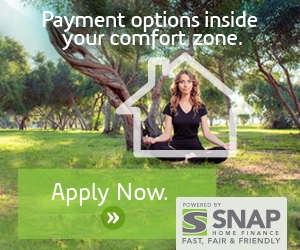